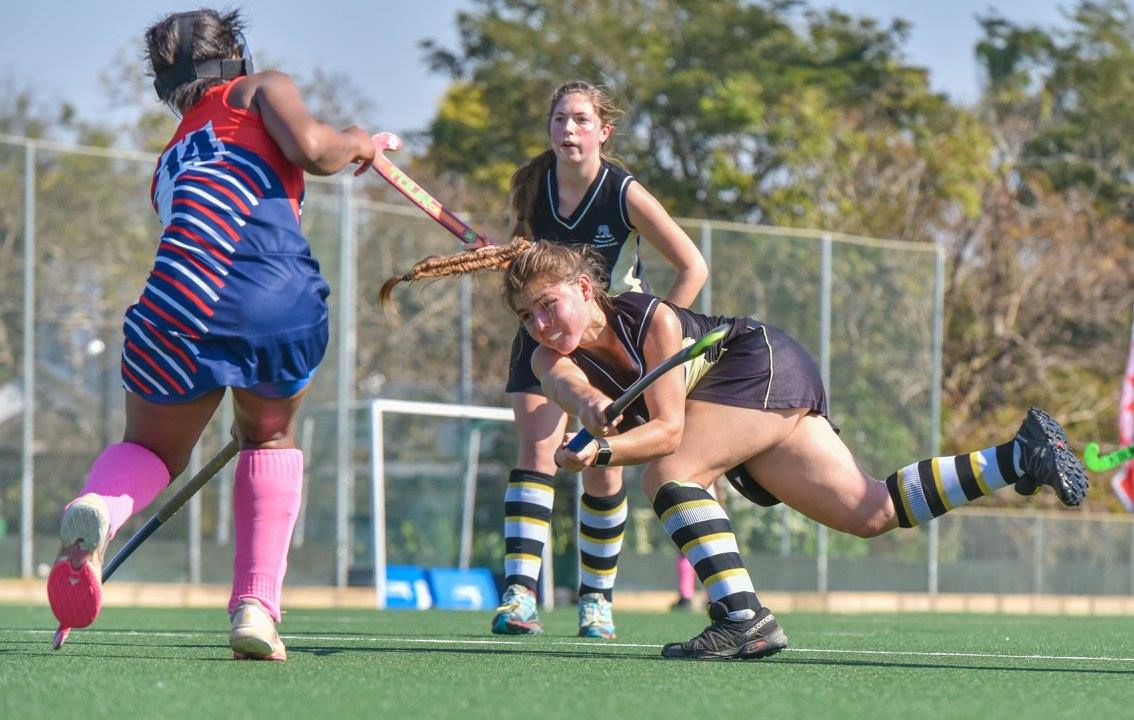 It was an exciting weekend for our Senior School Hockey girls on Saturday, 29 July and Sunday, 30 July.

Our First Team Hockey girls had a phenomenal debut at the seventh SPAR KZN Regional Hockey Tournament, finishing their first appearance in fourth place. Having knocked out Pietermaritzburg Girls’ High School, the only school to have ever represented the Pietermaritzburg Central Region, our girls certainly had big shoes to fill, and fill them they did!

In their first game at the Grand Finals, our girls took on travelling team, Grantleigh School from Richards Bay, and notched up their first win, putting three goals in the back of the net and not conceding any. Their second game had them up against Amanzimtoti High School, with our “Yellow Sticks” continuing their good form, taking the game five: nil. Their third game saw them play the only team to have a 100% appearance at the Grand Finals, with a record of three golds, two silvers and a fourth: Durban Girls’ College. Our girls managed to hold their ground with the final whistle blowing and the scoreboard untouched at nil: nil. For their final pool game, they met (for the first time ever) the “giant slayers”, King Edward High School. After King Edward High School managed to hold Durban Girls’ College to a nil all draw, they were in good form, but in the final game of the day, our girls put their heads down, worked hard and knocked in two decisive goals against the Matatiele team.

In the final classification round, our girls took on defending champions, St Mary’s D.S.G. in the first semi-final. With the score leading up to half-time at one all, the newcomers were boldly holding their ground. Nearing the changeover, St Mary’s D.S.G. slipped their second goal in, giving them the edge. Midway through the second half, St John’s D.S.G. found the back of the net after a well-constructed run down their left-hand side. Disaster struck when St Mary’s D.S.G. challenged the call, claiming a foot obstruction earlier on in the movement. Their challenge was successful and the goal was unfortunately disallowed. With the slight psychological advantage, St Mary’s D.S.G. pushed hard and earned their third goal, and a place in the gold-silver game, while St John’s D.S.G. would take on St Anne’s Diocesan College for the bronze medal game.

In a ‘033’ derby, St Anne’s Diocesan College dominated the hotly contested bronze medal game. They peppered the sturdy defence of Amanda Khumalo, who valiantly stayed on her toes and didn’t let any balls past her. With a goalless draw, the game progressed to the nerve-wracking penalty shootout. Three players from each team stepped up to take the shot in the 8-second rolling penalties. St Anne’s Diocesan College sadly took the win from St John’s D.S.G., with the score of 2-1.

Mrs Lyndal Robertson, our Head of Sport, says, “I have two words that sum up our performance: ‘proud’ and ‘consistent’! We are extremely proud of our “Yellow Sticks” and their consistent performance. The SPAR KZN Regional Hockey Tournament has given us an opportunity to play different opposition from around the province and has exposed our players to another level of school-based hockey. Amy Karlsen, our Captain, is a true warrior on the field and has led her team well this year. This has inspired the team to play according to our team motto, “Love What You Do!”. This was certainly reflected in the girls’ positive attacking game play as they continued to “ruffle the feathers” of the top teams last weekend. A good solid performance by the newcomers to the tournament!”

Well done to our girls for doing St John’s D.S.G. proud, and to our fantastic Sports Department staff members, who continue to inspire our girls to reach their full potential.