FROM THE JUNIOR SCHOOL 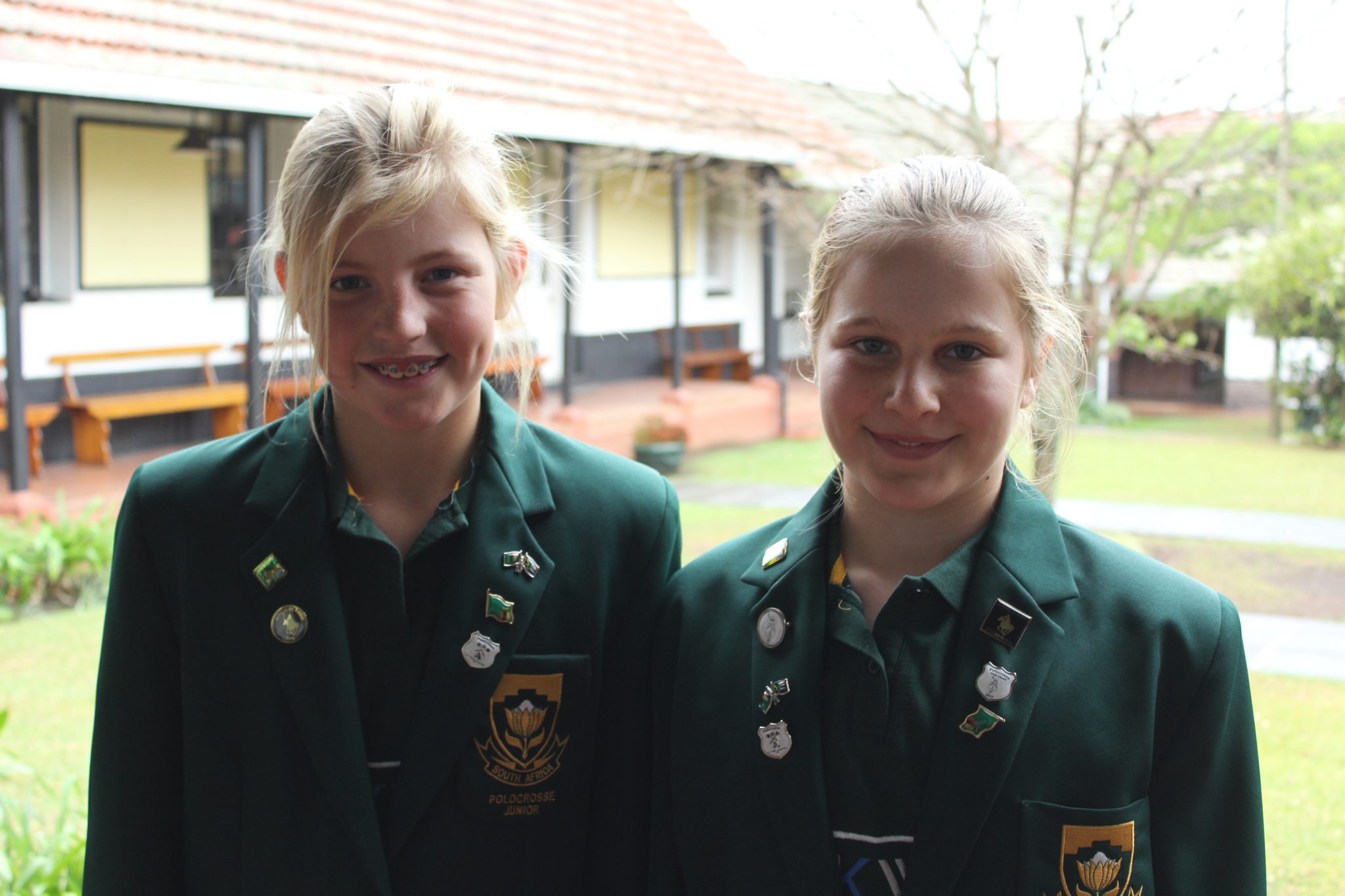 Congratulations to Lauren Heynes (Grade 5) and Amy Cocker (Grade 6) for representing South Africa in the U14 Junior Polocrosse team against Zambia in August.

Lauren, at just 10 years old, was the youngest player in the tournament and was awarded Best Girl Player. She is a member of the Shongweni Polocrosse Club and spends about two hours a day practising Polocrosse as well as stick work whenever she can. Amy, also a member of the Shongweni Polocrosse Club, has been riding horses since the age of three and loves all sports. She is a third-generation Polocrosse player, with her father having captained the South African Team for 12 years and all four of her brothers achieving their National Colours too.

The U14 Junior Polocrosse team played their hearts out but unfortunately the Zambian team kept ahead, winning all three teats.

Well done girls, we are very proud of you both.