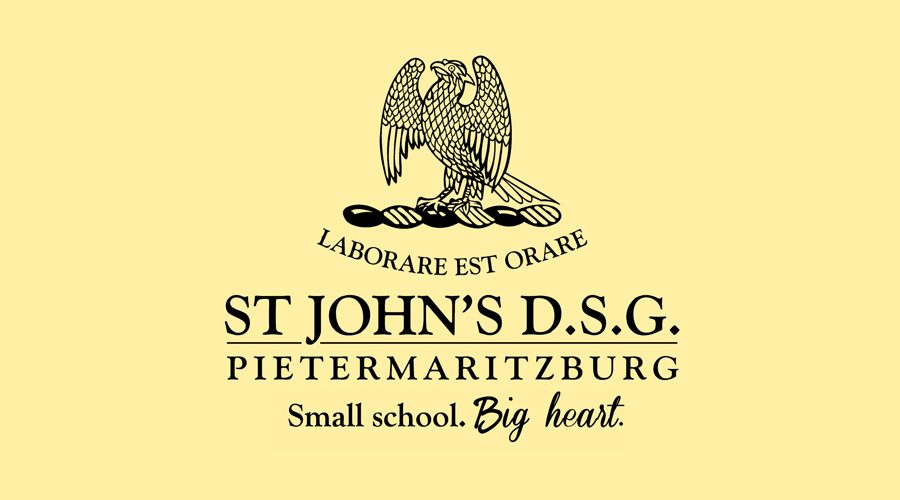 On Friday 5 October, we celebrated our school achievements of the past year, at our annual Speech Day. This was a magnificent and moving occasion, and a tribute to so much that makes St John’s unique. From the breath-taking choir performance and achievements of the prize-winners, to the heartfelt speech from Head Girl, Cherise Khan, (which had the school in tears) it was a special day. I felt proud and humbled to work in such an establishment. Guest speaker, Ms Nozipho Mbanjwa, inspired and challenged all with an authentic, meaningful speech, which had an impact on those present. I would like to share with you much of her speech, in which she shares the four things that she would do differently if she could redo her 5 years at senior school.

Ms Mbanjwa, who attended Pietermaritzburg Girls’ High School, is the CEO of The Talent Firm, which specializes in advising on millennial talent in South Africa. She is also an internationally acclaimed conference moderator, and an award-winning journalist for CNBC Africa. These pointers were extracted from her speech:

Re-do 1: I would have used my leadership to serve myself less and serve others more.
By the time I was in Matric, I had collected all of the titles and badges that I set my heart on. I was Deputy Head Girl, President of the Debating Society, Head of RCL, part of the Junior City Council…the list was impressive. As I reflect back on my experience of leadership, I realise now that my leadership was more about myself and my titles and less about others. What does it mean to make leadership about others? It starts with realizing that the weight of the blazer comes with a weight of responsibility to serve. Serving those that you lead literally means putting their dreams and hopes ahead of your own. When you are invited or nominated to lead, it’s because others have invited or nominated you. It’s because those you are called to serve have entrusted you with their voice. Those you serve have deployed you to lead in the belief that you will carry their hopes and aspirations…not your own hopes and aspirations. So you have to ask yourself when you set your eyes on a leadership position: Who am I doing this for?

I joined the Debating society when I was in Grade 8, and there I met the girl I wanted to be. She was in Matric, President of Debating and Head Girl, she was brilliant – she wiped the floor with those College boys. She was hands down the most skilled debater I had ever seen…and I was petrified of her…I wished she would see me and maybe take time to coach me. Just being around her, I knew immediately that I wanted to be President of the society one day, that I wanted to be best debater in Maritzburg, and that I wanted to wipe the floor with College boys! When I was Grade 11 – I became her. I clinched the title and the badge…but when I look back at what I did with that leadership I now realize that I became her in more ways than one. I was so fixated on me and my team being the best that I didn’t see or serve the people who had sent me to lead. I didn’t mentor or coach younger girls. It was all about me. I now know that real leaders don’t use leadership to serve themselves. They realize that the measure of servant leadership is how many more people become leaders because of you.

Having reflected on this, I now realize that it wasn’t enough then and it isn’t enough now to just be against something. It just isn’t good enough. We need to move beyond being against things to being for something. Using your voice for something pushes you to acknowledge and accept responsibility for bringing about the change that you believe is right. That is leadership. Accepting responsibility to be part of the solution isn’t easy. You may not know where to start, you may not know what you need to do…but, if nothing else, start with standing for something.

Re-do 3: I would remember that leaders are also human and are allowed to ask for help.
I’m a huge fan of Brené Brown. She is a research Professor and she does a lot of interesting work understanding courage, shame, and vulnerability. One of the things that Brené says is that as human beings we often struggle to ask for help for the things we really need help with because we are ashamed of exposing our nakedness and our need.

I have come to learn that asking for help is not a weakness; it’s a sign of strength. It shows that you recognize that there are other people around you who know more or have more of what you need, that you are able to put aside your pride and ego to see value in others, and just ask. When you don’t ask for help – you don’t get help – and you stand stock still. What will it take for you to ask for help?

Re-do 4: I would remember that just because it doesn’t have a trophy, it doesn’t mean its not
leadership.
I now understand that leadership has got nothing to with public recognition and that true leadership starts with self-leadership…an absolute clarity of what your life’s purpose is and living it every day of your life for yourself and in service of others.

Following on from her reflection on what she would re-do, if she had the chance, Ms Mbanjwa then spoke about the importance of privilege.

Leaders don’t “sit this one out.” We often, myself included, turn a blind eye and sit things out that we know are wrong, but just seem too much of an ask for us to get involved…especially if the outcome of these inconvenient experiences don’t impact us directly. Our privilege sometimes gives us a false sense of being able to sit things out. Leaders that have the benefit of privilege use their privilege to enhance their leadership, not to take away from it. Ultimately the world’s greatest leaders have one thing in common. Whether we’re talking about Nelson Mandela, Mother Teresa, Malala Yousafazai…they are not the greatest because they had the best opportunities or went to the best schools, they are the world’s greatest leaders because they are good people. So one of the questions I’m wrestling with is, “How do I use my privilege to be an even better person?”

I hope that you find these words as inspiring and wise as we did. I wish you all a relaxing half-term break and best wishes to the girls as they prepare for their end-of-year examinations.

At our school, the love and appreciation of family