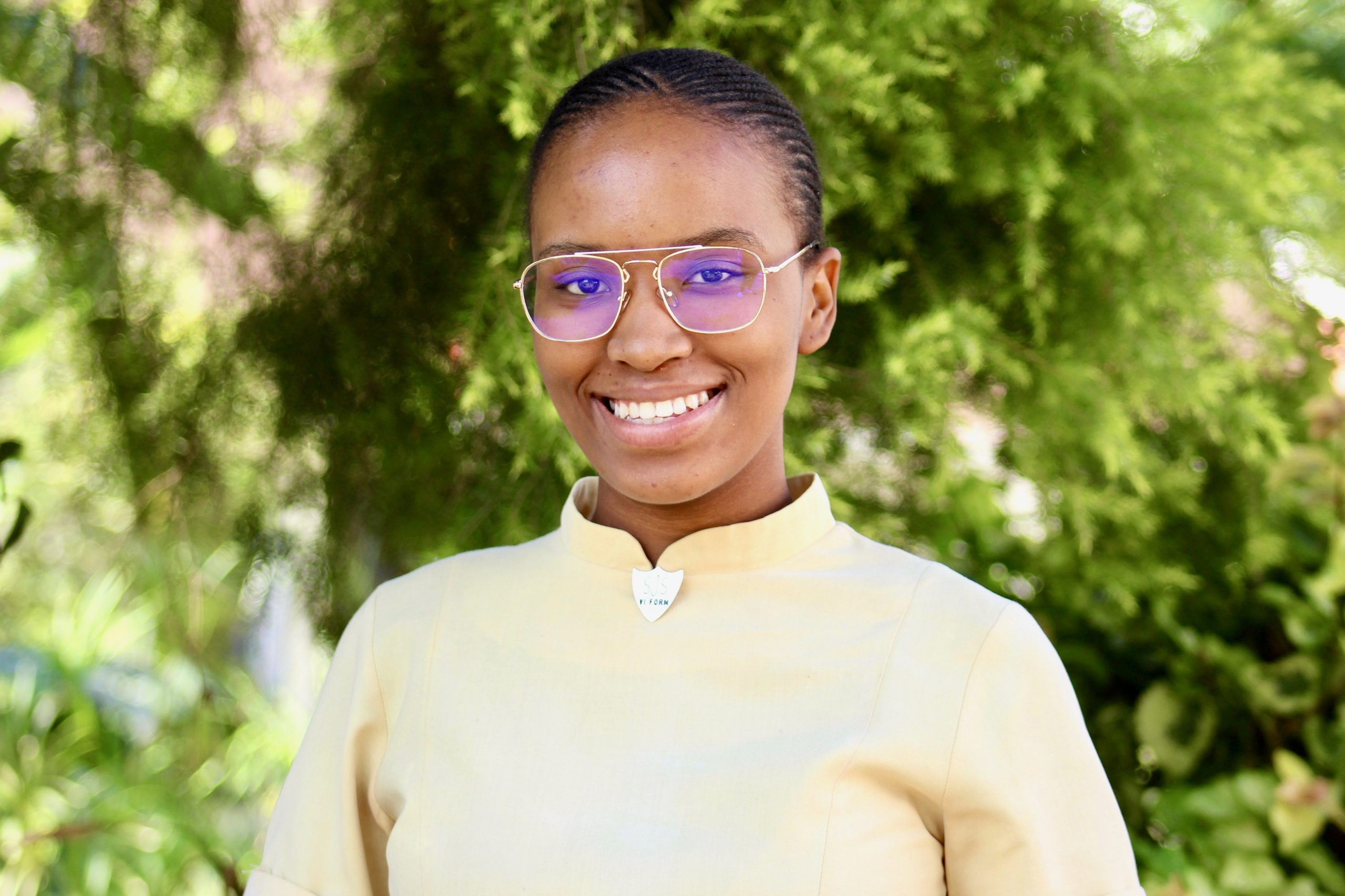 “I was talking to my friends about today and asking them for input as to what I should say when I got up on stage at Open Day. In all honesty, they were more excited than I was about my “first MCing gig.” And by “gig”, I naturally thought they meant gigabyte, but it turns out that not everything is about data. However, whilst the most of my friends were going on about my “gig”, one actually said something really profound. She said, “Don’t tell people as to why they should come to St John’s D.S.G. – we’re a school whose actions speak louder than our words. Instead, by being our most authentic selves, we’ll show them why they shouldn’t be at any other school.” And so, today I’m not going to stand up here and tell you, “Come to St John’s D.S.G. – it’s a good school,” (which it is), because so is every other school in KwaZulu-Natal.

What attracted me to St John’s D.S.G. is that it’s a school which values heart over image. It’s a school in which girls are implored to build one another up, for another person’s success should not, and does not, undermine your own. It’s a school in which girls aren’t numbers in a system or profits on a spreadsheet, but rather individuals in their own right, who are celebrated for their individuality. It’s a family, not a business. It’s a sisterhood, not a hierarchy. St John’s D.S.G. is a school which places the overall well-being of the girls above all else and a school which recognises that achievement is not the most important thing; instead integrity, empathy, enthusiasm, determination, courage, leadership and authenticity are.  After all, what people will remember most about you is how you treated them and how you made them feel, not how many badges or scrolls you wore on your blazers.

So, to the young girls before me: I can totally relate to how you’re feeling; having to choose a new school is daunting! However, my advice to you all is: don’t choose a school only because all your friends are going there. Choose it because feels like home. Choose it because you’ll never have to be ashamed of who you are or where you come from – that’s why I chose St John’s D.S.G. And if you make good choices today, you’ll never have to regret them tomorrow. And boy, aren’t I glad I made a good choice from the onset!

And lastly, to the parents: my mom often tells me that being a parent is difficult. You never know whether you’re doing enough for your children or not. I’m obviously not a parent, but this is what I can say: I strongly believe that as parents raising young girls in the 21st century – an age in which social media is constantly telling us girls that who we are isn’t enough – it’s extremely important to ensure that the school in which you’re placing your daughters is one in which they will constantly be affirmed and reminded that they were born to be real, not perfect. You need to ensure that the environment into which you’re releasing your daughters will highlight the importance of open-mindedness; embracing new ideas and dynamic thinking in a world in which everything changes so drastically. But most importantly, you need to ensure that it’s a space that will allow your children to just be – to just be children; to just be themselves and to just be free. And for me, and 549 other girls, such an environment is St John’s D.S.G. and we hope that one day your daughter, too, will be able to say the same.”