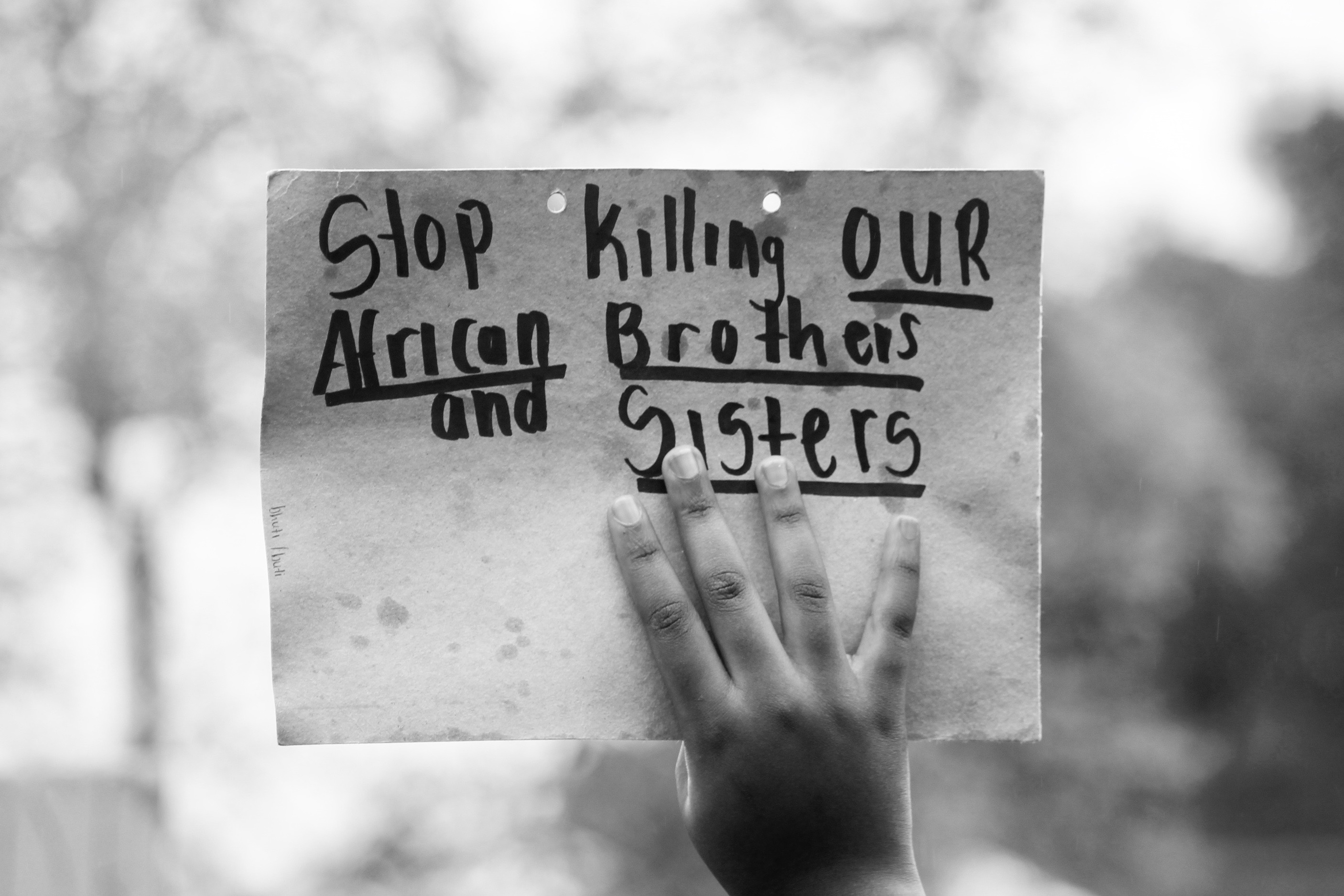 This is an open letter to the St John’s community,

I graduated in 2017, which means I’ve been in Cape Town, studying at UCT for almost 2 years now. I’ve never seen a city erupt with such empathy, indignation and frustration until now. It took the brutal rape and murder of a fellow student for, not only the university or city, but the entire nation to take notice of the violence that occurs on a daily.

That is how it seems to work in this world: we don’t pay much attention to the misfortunes of others until they come uncomfortably close to us. Uyinene was part of the UCT community, Claremont is just down the road, Khayelitsha is a 20 minute drive from campus. These are factors that people related with all too well and so the idea sparked in their heads that they could be next.

During my high school years at St John’s, the topic of rape was brought up occasionally and I often thought about it in a very detached manner. As if I was thinking about the possibility of an airstrike dropping bombs over my head. Very unlikely but I knew it happened in foreign places and I knew it was tragic all the same. Yes, the idea that I could possibly be raped entered my mind often but to me, these things did not happen to people like me. This type of trauma only happened to those who were not as privileged as me, to those that walked alone at night, those that had the misfortune of having an abusive relative or those who became too intoxicated to handle themselves. Not only did I wrongly stereotype victims of rape but I also extended this thought to the rapist themselves. I imagined a rapist to be someone who I would be able to point out as a rapist. Someone who I would look at and know that something was intangibly wrong about them. Perhaps like the old man who works at the convenient store down the road from me who smiles at me too widely and glances at my chest too often, or the endless amount of men I meet who make vulgar comments about women that walk by, or my friend’s boyfriend who becomes aggressive when they find themselves in a disagreement. This way of thinking is not uncommon by any standards. I believe most of my peers in high school had the same mindset.

Rape, to all of us, was a distant societal issue – one that we could discuss (un)comfortably in our white gated campus.

Of course, some of my peers from high school probably still have that mentality and others have had both the enlightening and unfortunate realisation that rape is never too far from our own homes. Perhaps I was slightly younger than most when I discovered this. I was 16, drunk at a party when a young, white, Afrikaans male decided to use such an opportunity to violently rape me. I did not utter a word of what happened to anyone for months. I think of myself at that age and constantly question why I could not approach anyone. Perhaps for multiple reasons but the first and foremost being that I felt incomprehensibly guilty about it. I felt guilty because it was such a filthy act; one that I did not want anyone to imagine my body experiencing. I felt guilt because I was drunk and “did I not inflict the situation onto myself?” The answer is of course no and anyone from an outside perspective would be able to see this but a rape victim does not. The second reason is more so associated with factors out of my control. I was in an environment that choose to ignore the harsh realities of rape because we were so detached from it.

St John’s only ever addressed the issue as if it was not a part of our world. We made rape kits for rape victims outside of the community, we studied precautions we could take to avoid rape, we read rape victims’ stories and that is where it ended. Everything was about the pre-empt of rape or charity work for victims, but there was absolutely nothing for the extensive trauma you experience after rape. Unless, of course, you count the facilities of the guidance counsellor, yet, I would argue, the absolute last thing I would’ve done is approach the counsellor, who at this point I knew vaguely. The reason for this is that talking about your own rape is arguably one of the most personal details of your life and you either disclose such details to those extremely close to you or those who have no association to you; under no circumstances would you discuss it with someone who you know vaguely.

So, perhaps at this point you might be asking yourself why I did not approach my peers. I remember towards the end of high school (around grade 11/12) that a new phrase had begun to rise in my peers’ colloquial. My peers would use it to describe something that was particularly difficult, so for example if they wrote a hard test, they would say, “That test raped me.” I also remember quite clearly the day that we collaborated with an all boys’ school for a gender day or something along those lines. I believe most days like this go quite unlike what the girls expect because the boys are so uneducated on gender and sexual violence that they almost (and do) make fun of it. What’s even more terrifying is that a lot of my peers would go along with these boys because they wanted to win the favour of (impress, woo or attract) them. I felt voiceless in this environment.

This letter is not to lambaste St John’s, because I believe that St John’s already does a fair amount of activism regarding rape victims, but I believe that is exactly the issue. We only do a fair amount. In comparison to other schools (particularly boys’ schools), this seems to be a whole lot more than what they are doing for their young students. Most definitely all-boy schools in South Africa need to really step up their game in terms of educating their young men on sexual and gender violence, because that is where it begins. However, that does not mean that girl schools do not have space to improve their environment.

It is not enough to occasionally bring up the topic of rape in LO class. It is not enough to talk about rape as if it only happens to ‘others’. We need to begin changing the environment that we create for young girls because at present they are still (knowingly or unknowingly) partaking in rape culture. By all means, initiate protests against the mistreatment of women in South Africa but such an act can only be deemed as performative, unless you start making structural changes to St John’s. I learned a term today called, ‘performative ally,’ which essentially means that someone will act as if they care about an issue but in reality they are doing nothing to bring about changes.

I urge St John’s, as I would any other school, to start addressing their students about these issues, not just in LO but in assemblies, in English classes, in Drama, in Biology. Make rape an approachable topic, create an environment where societal issues are integrated into the community. Educate but also accept the fact that a lot of these girls can educate you. I am not by any means the only St John’s student who has experienced sexual violence while still in high school and the likelihood of there being rape victims at St John’s presently, is extremely high.

It should not have taken such a public sexual offence for women to start questioning if they are next. We should not be asking this question at all but the reality is we are. The reality is that in order to combat this, we need to break our silence on such topics.